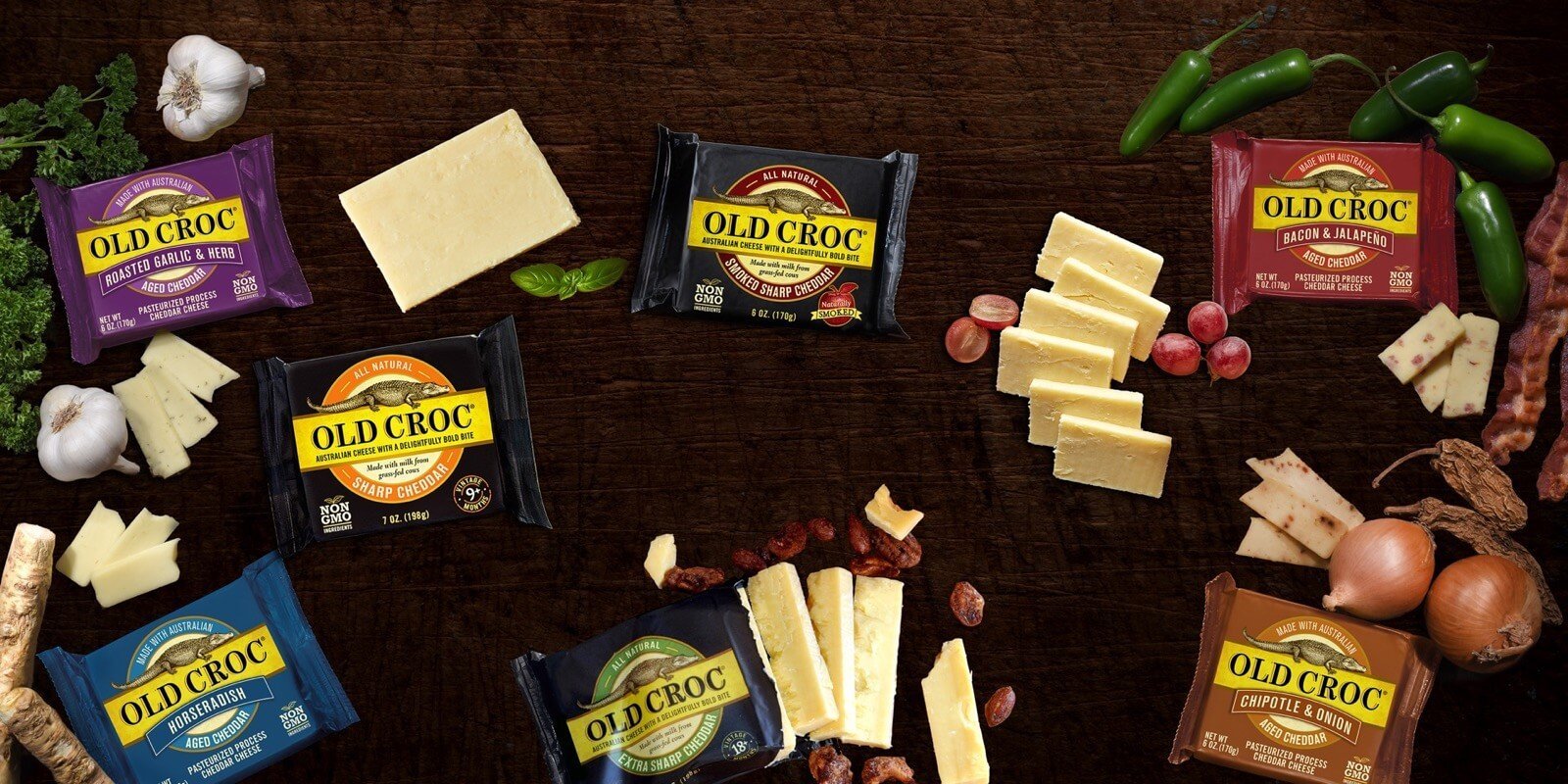 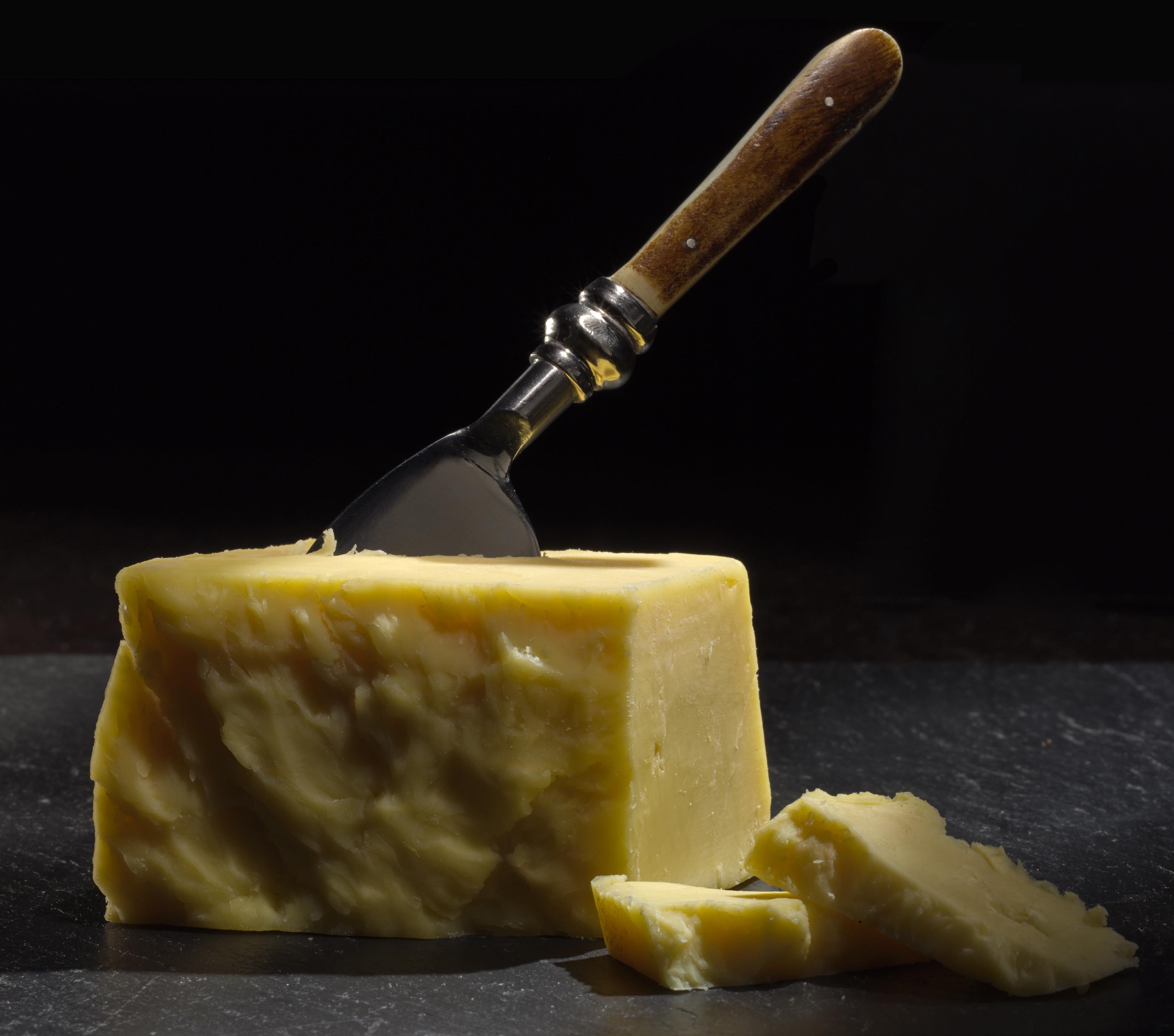 What are those crunchy crystals in my cheese?

Did you ever wonder what gives some cheeses like Old Croc Extra Sharp Cheddar and Sharp Cheddar a delicious, lightly crunchy bite? It’s all in the expert all-natural cheesemaking using milk from grass fed cows, and the unique cheddar-making and aging process!

Those flavorful white bits that give aged cheeses an edge are often referred to as “cheese crystals” or “flavor crystals” by cheese connoisseurs. The technical terms for these in cheddar cheese is calcium lactate crystals. They’re a natural and intentional part of the aging process, although the cheese doesn’t necessarily have to be aged for a long time for them to form.

Let’s take an inside look at how your favorite Old Croc cheddar cheeses are made and how those mouthwatering crystals are formed. It’s an all natural process that originated way back in the 12th century in the village of Cheddar in Somerset, south west England with the official process of “cheddaring” being introduced in the 19th century by a local dairyman.

First, Old Croc uses milk from grass-fed cows that is cultured, meaning starter bacteria is added to acidify the milk. When enough acid is developed, rennet is added to form milk curds. Watery whey is then drained out to leave behind even more concentrated curds. The curds are then heated to about 100 degrees F until they begin to melt together.

It’s at this point that cheddar continues on a different path in cheesemaking from other cheeses and goes through the process aptly named “cheddaring”. The dense curds are formed into large slabs that are piled together, worked over, and flipped over many times, getting denser and releasing more and more whey. Finally, the pressed curds are passed through a mill to turn them into small curds again before being pressed into molds to drain further and age. It’s what gives Old Croc cheddar such a unique and amazing flavor. And here’s where things get really interesting for extra sharp and sharp cheddars!

Sharp is the term that indicates how cheddar changes in flavor and texture as it ages. In general, mild cheddars are aged 2 to 3 months, sharp for 6 to 9 months, and extra-sharp 1 1/2 to 2 or more years. As cheddar ages, the flavor evolves from mild and delicate to tangier and complex with deeper, richer flavors. The texture of the final cheese also changes dramatically; going from smooth and creamy to firmer and denser, often developing those delicious crystals.

So where exactly does that crunch come from? It’s actually a bit of basic chemistry. As cheddar cheese ages, good bacteria breaks down the lactose into lactic acid. Lactic acid and the natural calcium in milk combine to create calcium lactate, which then transforms into those flavorful cheese crystals you know and love! 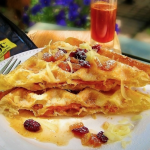 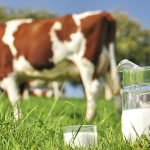 Have a question or concern? We would like to hear from you. Please send us a message by filling out the form below and we will get back with you shortly.